IF YOU READ NOTHING ELSE….

The Lew's American Hero Combo is an affordable answer for anglers looking for a comfortable and easy to use baitcasting set up.  Offered at a price just under $100, there are few more cost effective options for getting onto the water to fish than with the American Hero combo.  This rod and reel package was tested with several days of lake fishing from a boat while primarily using soft plastics and spinnerbaits in various weights. 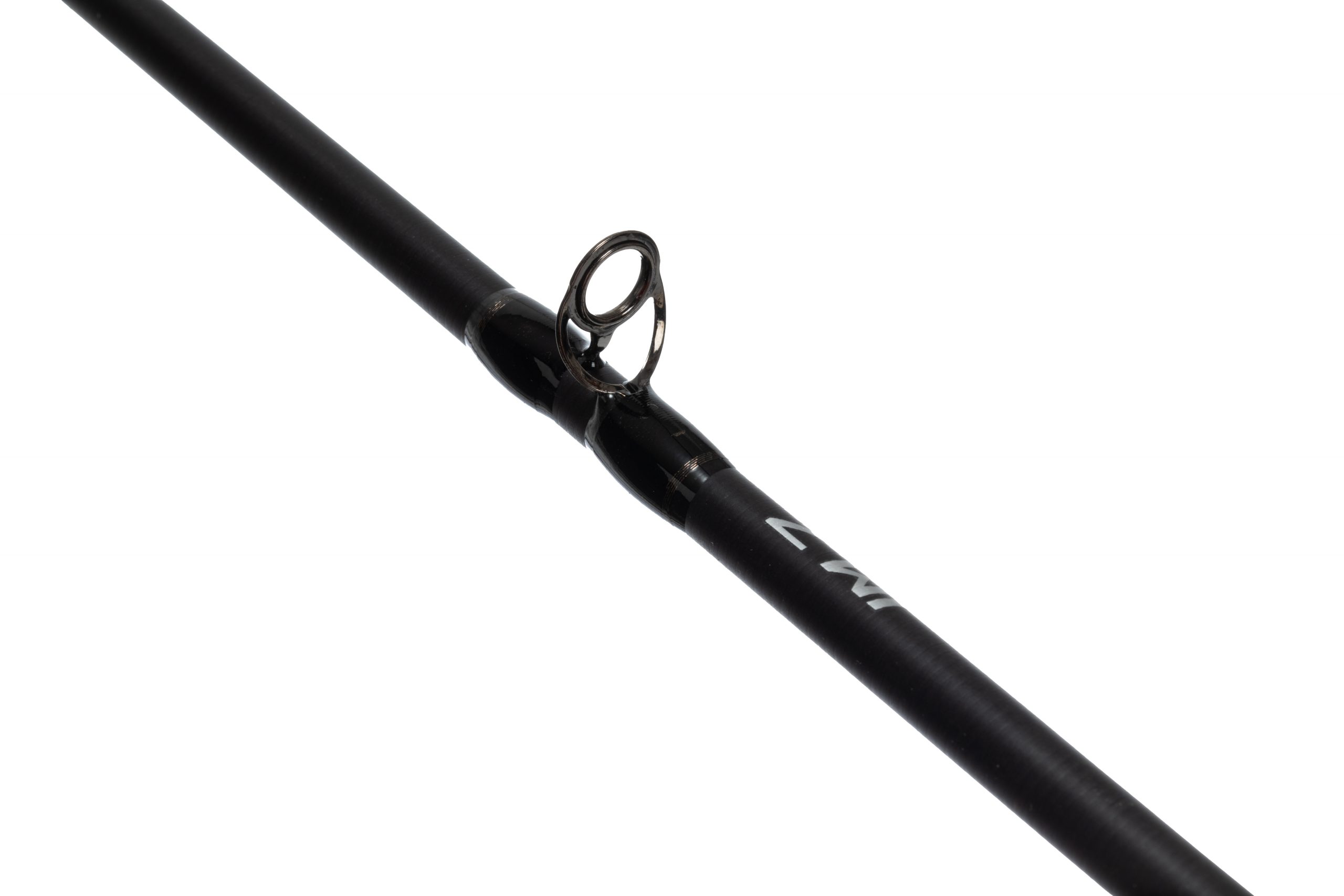 Good value for a rod and reel combo priced at less than $100.

Rod is a solid, medium/heavy powered rod capable of throwing a variety of lures.

The Lew's American Hero Combo is a good entry level combo. That being said, the reel is the weak link in the American Hero Baitcasting Combo and may leave some anglers looking for a higher quality and more durable reel after a short time.

Read if you have more time….

Baitstick ordered the Lew’s American Hero Baitcasting Combo online from a large fishing retailer and picked up the reel/rod combo in person at a local retail branch store.  The rod and reel combo came with no plastic wrapping or tube and was practically ready to fish right off the shelf. Fishing line is not included in this package so we spooled the reel with 12lb test monofilament.

The American Hero Baitcasting Combo is part of the popular American hero line of products launched by Lew’s in 2013 and in honor of military veterans.  The combo is one of most aggressively priced products available given that anglers are getting a rod and reel together at a $99 MSRP.

As a general piece of advice, be sure to closely examine gear you buy online or in stores and give it careful inspection before you take it home. In more than one instance Baitstick has noticed defects such as bent guides, poorly aligned guides, broken tips and faulty reel seats on different manufacturer and branded rods coming right off of the shelf.

Another thing to consider is that, while most manufacturers have at least a limited one year warranty on gear, retailers may have their own return policies that often do not extend beyond a few weeks.  This may seem like obvious advice, but some fishing tackle can see a surprising amount of mishandling and abuse between leaving the factory and finding its way into the hands of the consumer. From shipping and handling to other buyers simply test-running gear in the store aisle, rods and reel and reels that aren’t boxed and protected (as is the case with many rod/reel combos) can have issues that are easily avoidable with a quick inspection within the timelines of the return policy.

Baitstick purchased the Lew’s American Hero Baitcasting Combo at retail and was immediately impressed with a piece of equipment with reasonably solid construction.  That being said, upon closer inspection we noticed that the guides on the rod Baitstick found at retail were already bent out of shape.  Putting the guides back into place was not a difficult thing to do but created initial questions about quality and durability. Single foot guides do bend easily and can be bent back into shape.  Still, care has to be taken in these simple repairs as the thin metal of guides can easily get fatigued and break off.

The rod in the American Hero Camo Combo is capable of throwing a good range of popular lures from soft plastics to chatterbaits, spinnerbaits and crankbaits. Without any question, this is precisely the type of rod that can work well for entry level anglers interested in expanding horizons and getting into baitcasting.

The Lew's American Hero Camo Baitcasting Combo comes with a reel complete with camo graphics.  But as expected with a lower-priced product, the precision of movement and mechanics of the reel itself were not great.  Small details, such as the spool tension, didn't do as much as expected. Actual adjustments with the spool tension knob in fact had little overall impact on the reel’s performance. Regardless, this factory built reel comes with a decent pre-set tension good enough for beginner level anglers.  In order to get more advanced level tension performance, a more experienced angler effectively needs to significantly over- and/or under-adjust tension to see noticeable change in castability.

During several days of testing, the baitcasting combo showed good performance when put through its paces with several standard bass fishing techniques from running spinnerbaits to throwing crankbaits.

The rod proved to be a basic and pretty standard bass fishing rod capable of throwing a variety of standard tackle such as soft plastics, crankbaits, spinnerbaits and jigs. That being said, the rod didn’t quite feel up to the grade for more advanced angler demands such as flipping or pitching reliably.

The reel that comes with the American Hero Camo Baitcasting Combo is the potentially weakest part of the whole package.  After testing the reel in the rain and on the water, the reel performed smoothly at first. Towards the end of testing, however, the reel began to show wear and, in surprisingly short order, lost more and more of the smoothness of operation.  By the end of a few days of testing, the reel felt less reliable raising questions about whether it could even make it through a full season as a go-to set up.

A bigger issue came with the reel design itself.  During testing, the reel was intentionally backlashed to see how difficult it would be to untangle birdnests and to see how difficult it would be to untangle for beginner anglers especially.  There is unfortunately space in between the spool and the plastic reel casing of the American Hero Camo Baitcasting Combo, creating enough of a gap to allow birdnested line to build underneath the spool itself. Once the line goes underneath the spool and gets caught, it’s a more involved effort to pry the line out of the reel mechanism than just simply cutting away the bundled line from above the spool.

Another area of challenge came with the thumb button which seemed to be lower quality than the rest of the reel.  As testing progressed, the thumb button became stiffer and harder to push down to make a cast. Anglers who are accustomed to flips or pitches may quickly realize the challenge of the thumb button design with the American Hero Camo Baitcasting Combo.

The drag worked well on the American Hero Camo Baitcasting Combo. After multiple days on the water during testing, the drag performed as expected and without issue.

The American Hero Camo Baitcasting Combo is an affordable combo for beginner anglers and for more experienced anglers looking to round out a collection without breaking the bank.  The rod and reel together provide anglers with a cost effective way to get on the water quickly without some of the fancy bells and whistles that exist with other products.  That being said, the combo may end up only serving as a starting point for anglers who make this purchase as longevity and durability of this outfit definitely remain in question.