An extremely nutrient dense set of lakes in central Florida, Harris Chain is considered one of the best places to catch trophy bass in excess of 10 pounds, as well as crappie and bluegill among other species.

A series of seven lakes in Lake County located 31 miles northwest of Orlando, it is part of the Upper Ocklawaha River Basin, a sub-watershed of the St. Johns River:  Lake Harris (15,087 acres) and Little Lake Harris (3,359 acres), Dora (4,475 acres), Carlton (376 acres), Beauclair(1,140 acres), Eustis (7,806 acres) and Griffin (9,327 acres). Lake Yale (4,013) is technically part of the Harris Chain, but is not accessible from the other lakes. Harris Chain waters are deeper than most natural Florida lakes.

Water is often turbid in the lakes of the region while the canals and spring creeks typically have higher water clarity. Eelgrass, Kissimmee grass, pads, reeds and cattails, with depths in the grass varying from a few inches to 5-6 feet, is common.

Dark waters and low visibility in the water column can often result in smaller strike zones at shallower depths; noisy crankbait lures like Rattle Traps, spinner baits and large plastic worms are effective and multiple presentations are often necessary. Flipping using a longer rod and weighted lures are effective during spawning season when the biggest bass are in shallower waters and in the late summer when afternoon thunderstorms can raise water levels. In the heat of the summer, Carolina Rigs can be used with deep ledges, spring holes, docks, and other structures.

While April is considered the most consistent fishing month overall, the biggest bass typically move to shallower waters to spawn before the first full moon in January, increasing odds for catches over 10 pounds, continuing often through May. In hotter summer months, anglers often take advantage of cooler temps in the morning and late afternoons, trolling or casting in the deeper offshore ditches when the bass are more active. In the fall, the lakes are often less crowded and the Harris Chain is full of shad, shiners, bluegill and other forage as the bass start moving to shallower water to feed actively before the typical spawn January. 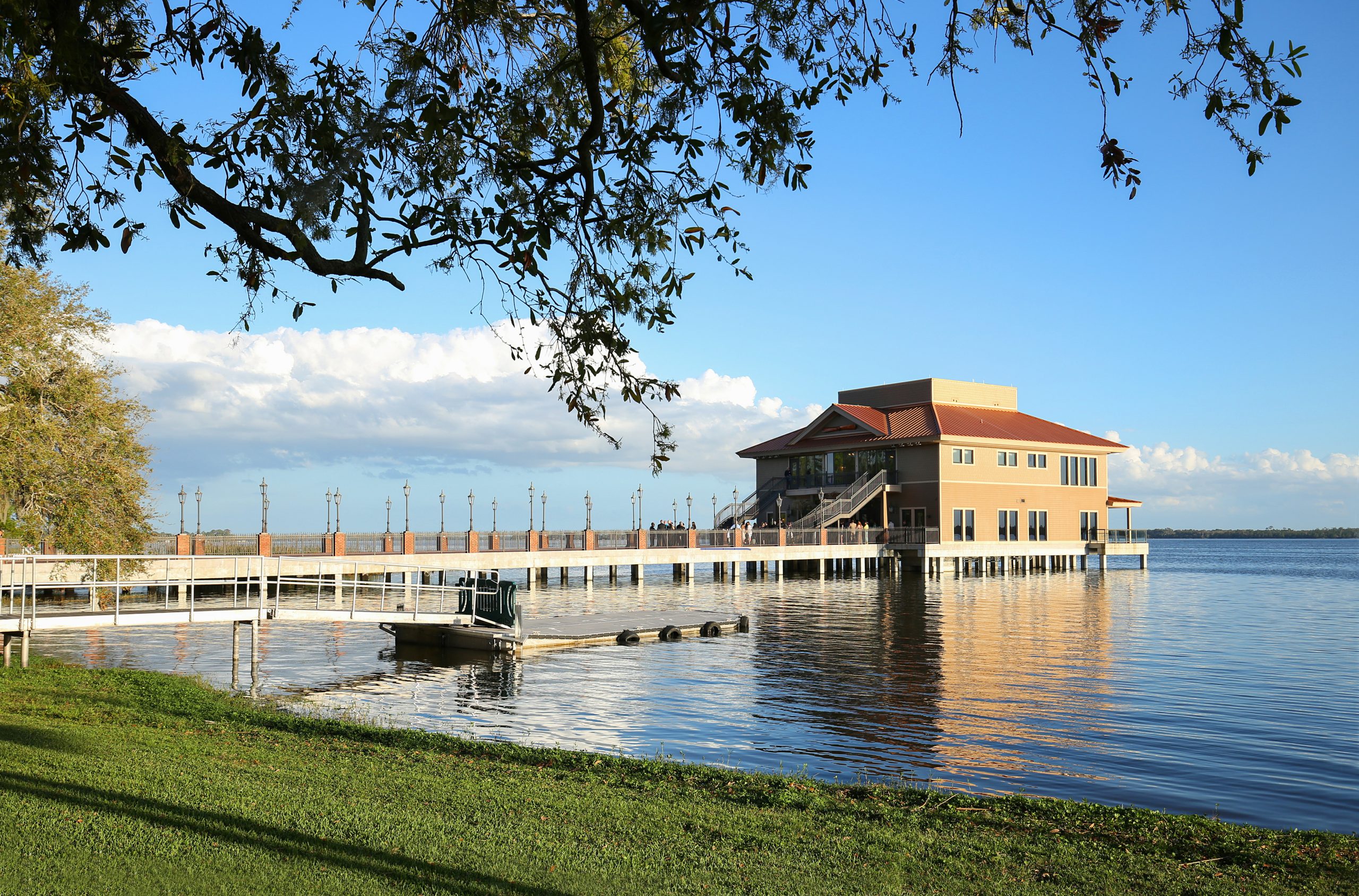