In February of 1973, the bass fishing world was rocked by the results of a tournament in North Central Florida. In just a few days, more bass over ten pounds had been caught than anyone thought possible. Larry Hill caught the tournament’s big bass with a 12-pound, 13-ounce giant largemouth. On the fourth day of the tournament, Larry used a balsa-wood Big-O to bring ten bass to the scales weighing just over sixty pounds – and the bass fishing hallowed ground of Rodman Reservoir was born.

The idea behind Rodman Reservoir was first proposed in the 1800s. Ships traveling back and forth between the Gulf of Mexico and Europe had to navigate a gauntlet of pirates, reefs, and bad weather as they sailed all the way around the Florida peninsula. The proposed solution was to dig a canal across Florida that would cut ship travel time and reduce risks of ocean routes substantially. This idea became closer to reality in the 1930s during the Great Depression as a Roosevelt-era public works project. Due to insufficient funding over time the idea faded by the end of the decade, only to be revived during WWII as German submarines cruised the coast of Florida and national naval defense was a priority.

Eventually as work on what eventually was to be called the Cross Florida Barge Canal progressed, major ecological issues were discovered. In the process of construction, miles of pristine natural river wilderness were destroyed and water flow to the southern parts of the state were also disrupted. Ultimately, the entire project was eventually halted during the Nixon Administration in 1971. Since that time, Rodman Reservoir has become a political football with environmentalists wishing to remove the remaining lock system and many anglers wanting to keep the lock system in place for the prized fishery that has developed over the decades. 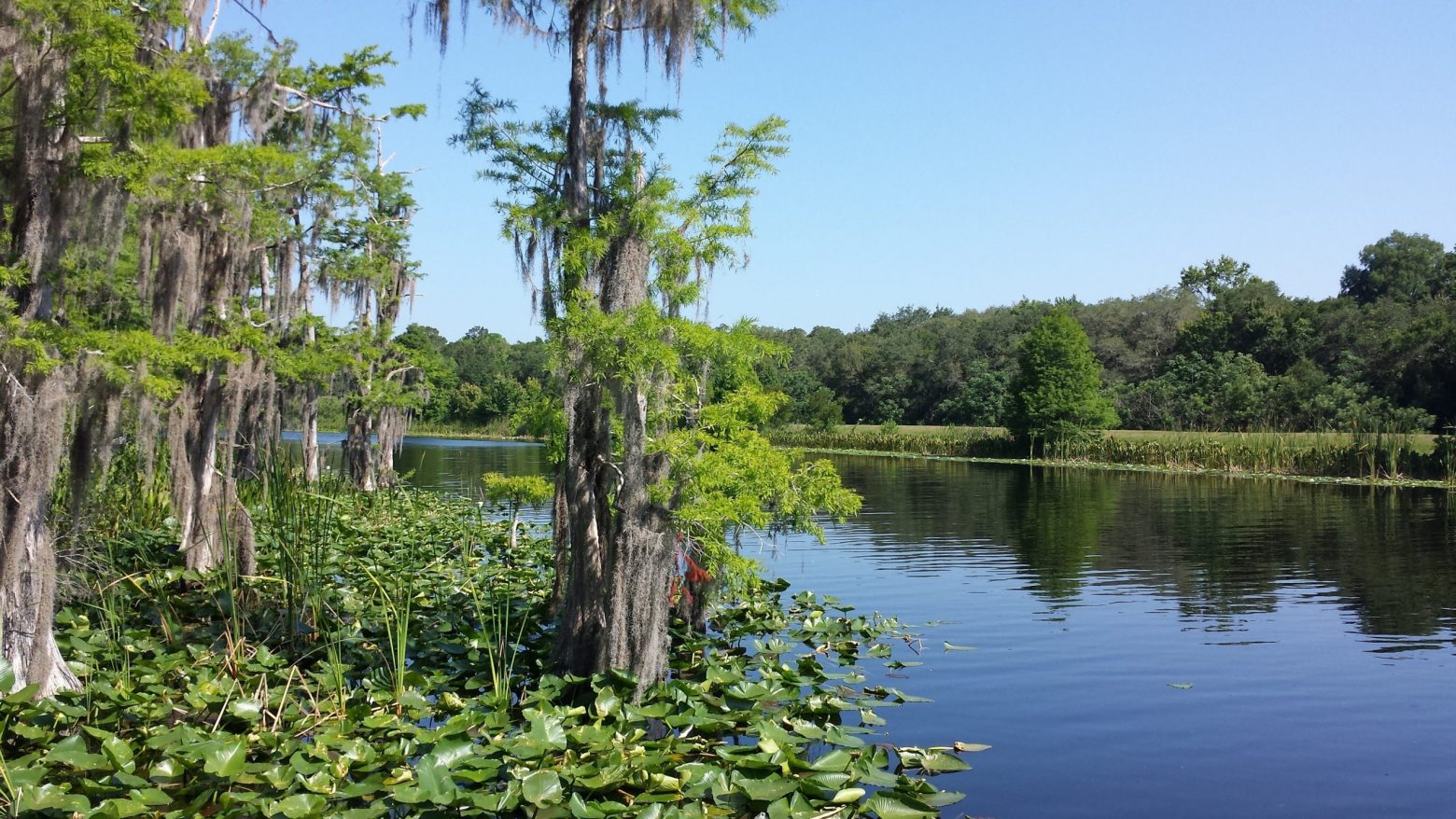 The Ocklawaha River and Rodman Reservoir

Rodman Reservoir is fed by the water of the Ocklawaha River as the river crosses parts of northern Florida on its way to the Atlantic Ocean, east of Jacksonville. The headwaters of the Ocklawaha River can be found more than fifty miles to the south of Rodman Reservoir in the Harris and Clermont Chains, outside the City of Orlando. From its source, the water flows north and then flows into Lake Griffin. From Lake Griffin, the river continues north through the Ocala National Forest and past Silver Springs, eventually supplying Rodman Reservoir with water.

But passage of the Ocklawaha River along its route to Rodman Reservoir is interrupted in parts. Portions of the river between Silver Springs and Rodman Reservoir are currently not navigable due to fallen trees and obstructions. If fishing on this portion of the Ocklawaha River, be advised that the current can be strong at times and inexperienced boaters should use particular caution.

The majority of what was left when the Ocklawaha River was dammed is Rodman Reservoir or Lake Ocklawaha. At Rodman Reservoir, the old river channel meanders through 15 miles of flooded timber and rotten tree stumps. The water is very clear but also filled with water hyacinths and hydrilla. Numerous fishing guides in the area are a good source of current conditions.

Past Rodman Reservoir, the river water flows eastward through Buckman Lock. Once past the lock, the Ocklawaha River joins the St. Johns River near the small City of Welaka. From there, the St. Johns continues north to Jacksonville where it empties into the Atlantis Ocean east of the city.

On the Water on Rodman Reservoir

On Rodman Reservoir, there are a number of boat ramps to access the reservoir and fish the water. Those wishing to fish the more natural northern section can launch at the Eureka West ramp near the City of Ft. McCoy. There is a ramp off Highway 19 at the Rodman Recreational Area and another at Orange Springs. Other small local ramps can be found in the area as well. Boaters wishing to access Rodman from the east via the St. Johns River must traverse Buckman Lock. The lock is operated daily from 8 AM until 3 PM, closed on Thanksgiving and Christmas. It is advised to check before attempting to pass through the locks as opening times can vary. In addition, weekend bass tournament traffic is common on Rodman, with the waters less crowded on weekdays. Check out Baitstick’s Rodman Reservoir Guide for more trip planning details.

Below the surface of Rodman Reservoir are numerous natural springs and deep channels carved out by the river before it was dammed and flooded. Huge logs and portions of old forest treetops can be found throughout the reservoir. Extra care is required when running at high speed on Rodman Reservoir as floating logs and tight channel turns are commonplace. Navigation can be hazardous for those who are unfamiliar with the twists and turns of the river channel. There are no marinas, fuel pumps, or restaurants, though campsites are available.

The natural beauty of the upper river is almost unparalleled in the region. It has become the home of a wide range of birds and animals. Big bass are still to be found, even with all the changes that have taken place over the years. In 2021, a 17.2 pound bass was caught and weighed.

The majority of large bass caught in Rodman are caught on large native shiners, advisable as the water is very clear. Experienced and tournament-level anglers also do well on artificial lures. Top water lures, particularly minnows, are effective. Standard bass lures such as plastic worms and spinnerbaits are popular as well, though the clarity of the water often requires a lighter line.

Check out the Baitstick Box – Florida to get many of the basic essentials needed for a day on the water at Rodman Reservoir. Experienced anglers and professional guides have weighed in on the gear inside the Baitstick Box. Seasoned anglers can resupply with essentials and new anglers can fish a lake right out of the box. All fishing is local and Baitstick is committed to bringing you products to make your next fishing trip the best trip. 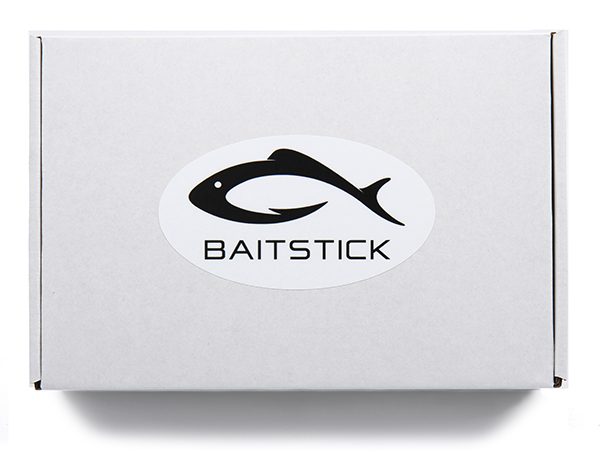 First time anglers at Rodman Reservoir are advised to hire a guide for these waters if budget allows. This can end up saving time and go a long way to making a trip to Rodman a success. If going it alone with artificial lures, try a light line in the open pool area. Don’t get tricked into thinking heavy tackle is always needed to land big fish. A wacky worm fished on a spinning rod can often get many more bites at Rodman Reservoir than 20 pound line for power fishing. Buzz baits cover a lot of water and can attract bigger bass often more than small plastic worms. And don’t be afraid to fish deep around the old river channel bends. Some of these spots can be 20 feet deep or more. Lighter colored worms like watermelon and amber hues work well here. Flipping heavy cover in Rodman may help catch a fish of a lifetime. The barge canal from the Buckman Lock to the Rodman pool also holds good fish.

Regardless of where time is spent on the Rodman Reservoir, the experience is worthwhile for the beauty and unique habitat – and the chance to find some really big bass. If fishing in the winter months, be mindful of the challenges that colder months can bring, particularly sudden cold fronts. But any time of year is good to drop a line in Rodman Reservoir and to visit a unique part of Florida.