Lake Martin has been nicknamed “Alabama’s Freshwater Coast” and for good reason. This massive lake has almost 900 miles of shoreline, with more than 40,000 acres of stunning views. It is the state’s largest man-made lake, and at the time it was created in the late 1920’s, it was one of the largest man-made lakes in the world.

Lake Martin is just a two hours drive from Atlanta, an hour and a half hour drive from Birmingham, and about a 45 minute drive from Montgomery. The lake offers anglers of all levels of skill and experience one of the best fishing destinations in the region.

When traveling to Lake Martin from Montgomery on Hwy. 231 and Hwy. 63, anglers will first encounter the southern end of the lake. The average depth of the lake overall is 47 feet, but the south end tends to be a little deeper with the deepest points being 150-200 feet. In the hotter months of the year, the deeper water provides cooler habitat for Lake Martin bass and other species. Anglers that adjust gear and choice of lures for deeper water will have a better chance of finding a Lake Martin trophy fish. 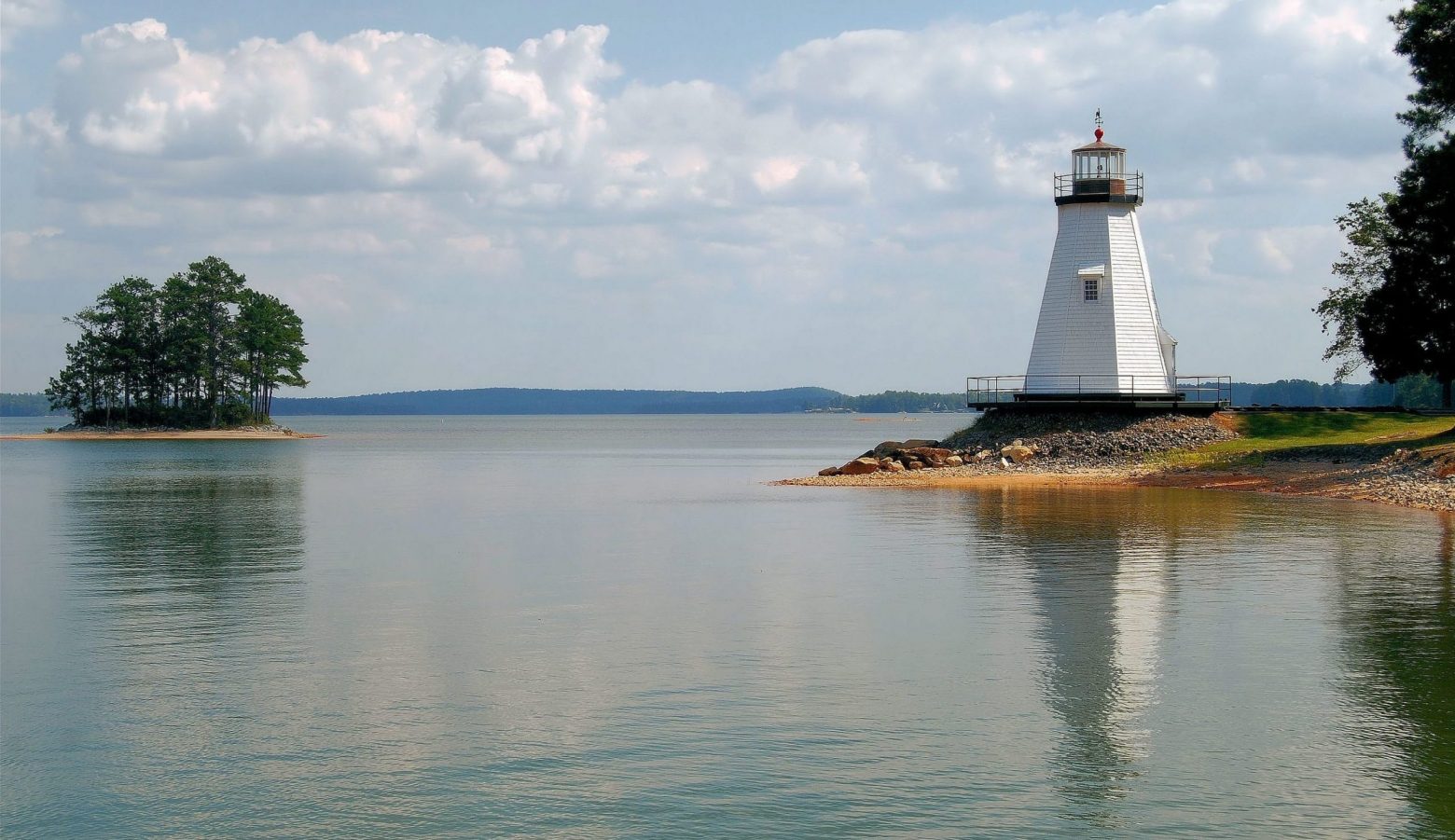 Lake Martin is fed by several creeks that also serve as excellent fishing locations to target. Elkahatchee Creek is a local favorite and is located close to Hwy. 63. Coming from Alexander City, right before the bridge, there is a small cutoff from the road where anglers can access the creek and fish the rocky, moving waters right from the shoreline.

Lake Martin has been designated by the state of Alabama as a “Treasured Alabama Lake” due to its excellent water quality. It is known as a very clean lake, which makes it a popular spot for recreational use as well as for fishing. With the exception of the occasional fallen tree, there is very little brush or timber to fish. When the reservoir drawdown happens each winter, the vegetation levels that do exist in the lake tend to recede, reducing some of the natural cover for Lake Martin bass.

The lake bottom consists of gravel, sand, and rock and also has a range of underwater structures to support fish habitat. There are many underwater islands throughout the lake, as well as the remnants of the towns that once existed before the dam was built and part of the local area was flooded. In addition, Alabama Power has created many artificial fish habitats. Seasoned anglers visiting Lake Martin focus heavily on fishing the man-made structures of the lake.

While there is considerable wooded shoreline and islands on Lake Martin, the lake’s shoreline is also covered with residential development and private homes. Seasoned anglers on the lake typically target the private docks and public landings near the developed sections of lake shoreline as they are good places for bass seeking cover and lurking by the edges of Lake Martin. 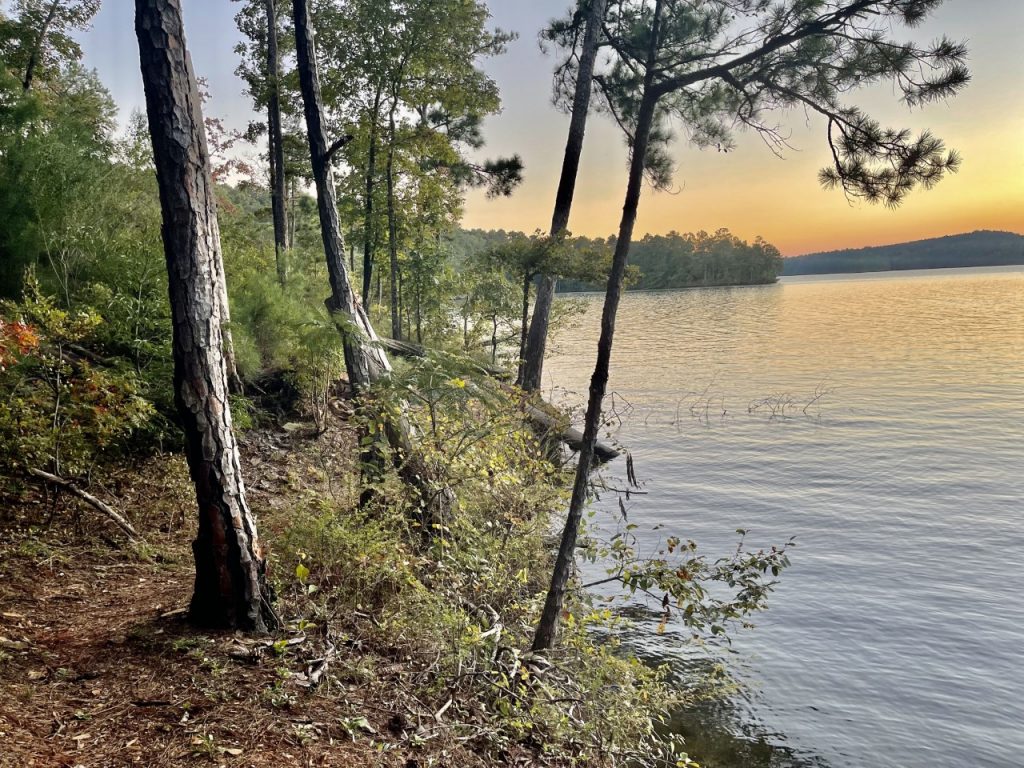 Year Round Fishing at Lake Martin

Lake Martin is a fishing destination for all seasons, but conditions do vary depending on the time of year so visiting anglers should arrive prepared. The water level of the lake varies at different times of the year. Alabama Power operates Martin Dam, and lowers the water level 7-10 feet during the winter. The water level of Lake Martin starts to be lowered in October, and starts rising again in February. Experienced anglers on the lake often focus on months when the water is lower because more stumps and underwater shoals are exposed.

Awareness of the weather conditions is important on Lake Martin. Expect daytime temperatures in the 80s-90s in the summer, and sometimes even higher. Anglers can expect average evening temperatures in the high 60s-70s. Thunderstorms can pop up out of nowhere, so take a look at the weather before heading out on Lake Martin at any time of the year. And keep an eye on the sky to watch for changes in wind patterns, temperature, and cloud formations. All can serve as signs of bad weather approaching.

Winter months bring highs in the 50’s-60’s, and evening lows in the 30’s-40’s. Temperatures can dip even lower though, and during the winter months anglers need to be prepared for quickly changing conditions and drops in colder temperatures. In Alabama the weather can change quickly, and being prepared with layers is always helpful. Having the right gear for season and location is also important for a successful trip to Lake Martin and day on the water.

Lake Martin is known for great bass fishing. Although it is well known for hosting professional tournaments, there are plenty of opportunities for anglers of any skill or experience level to get their share of largemouth and spotted bass as well.

For largemouth bass, concentrate on docks and shorelines. For spotted bass, focus on the open, deeper areas of the lake, especially where concentrations of baitfish are found. Local anglers favor spinnerbaits as well as plastic worms. Some of the popular colors on Lake Martin are watermelon candy, motor oil, purple, and black. Topwater frogs are also favored in areas with vegetation.

The lake is also home to striped bass, which are commonly referred to as stripers. Technically, these are saltwater fish, but they survive and thrive in the waters of Lake Martin. Striped bass can grow to over 40 pounds, and the lake is stocked with over 100,000 each year. They can be challenging to catch, but these large fish can be a lot of fun to catch.

Bream are commonly found in areas along the shoreline with brush in the water, or overhanging trees. Crappie and catfish are fairly easily found on Lake Martin as well. When targeting crappie, local anglers often find success with minnows or crappie jigs. Catfish on Lake Martin tend to favor live worms.

While the lake itself gets most of the attention, you may also want to take a day exploring the waters of the adjoining Tallapoosa River, which connects on the north end of the lake. This river is fast moving in parts. Nonetheless, many anglers head to the Tallapoosa River for the sole purpose of fishing for the rare Tallapoosa Redeye bass, which is believed to be only found in this river. 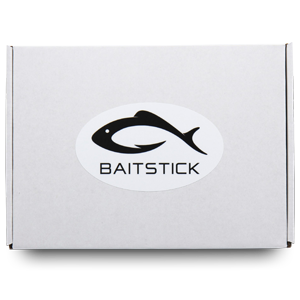 There are several marinas that offer boat rentals on Lake Martin, and Wind Creek State Park also rents bass boats to lake visitors.  In addition to the marinas, there are also several public boat ramps around the lake.  While there are many options for getting on the water, visiting anglers can also have a great day of fishing at Lake Martin without ever leaving the shoreline.  Wind Creek State Park, the Alex City Boat Ramp at Stowes Ferry Landing, Paces Trail Fishing Dock, and D.A.R.E. Park are popular fishing piers and places to fish from the shoreline.

Whether fishing from the shoreline or spending a day on the water by boat, Lake Martin is one of Alabama’s top fishing destinations.  And the lake is not a place for the anglers on the pro tournament tour.  Lake Martin offers a great range of fish species and places to access the lake for anglers of any level of experience or fishing skill.